Three consecutive years obtaining an honorary award from the jury of one of the most important ceramic fairs in the world. 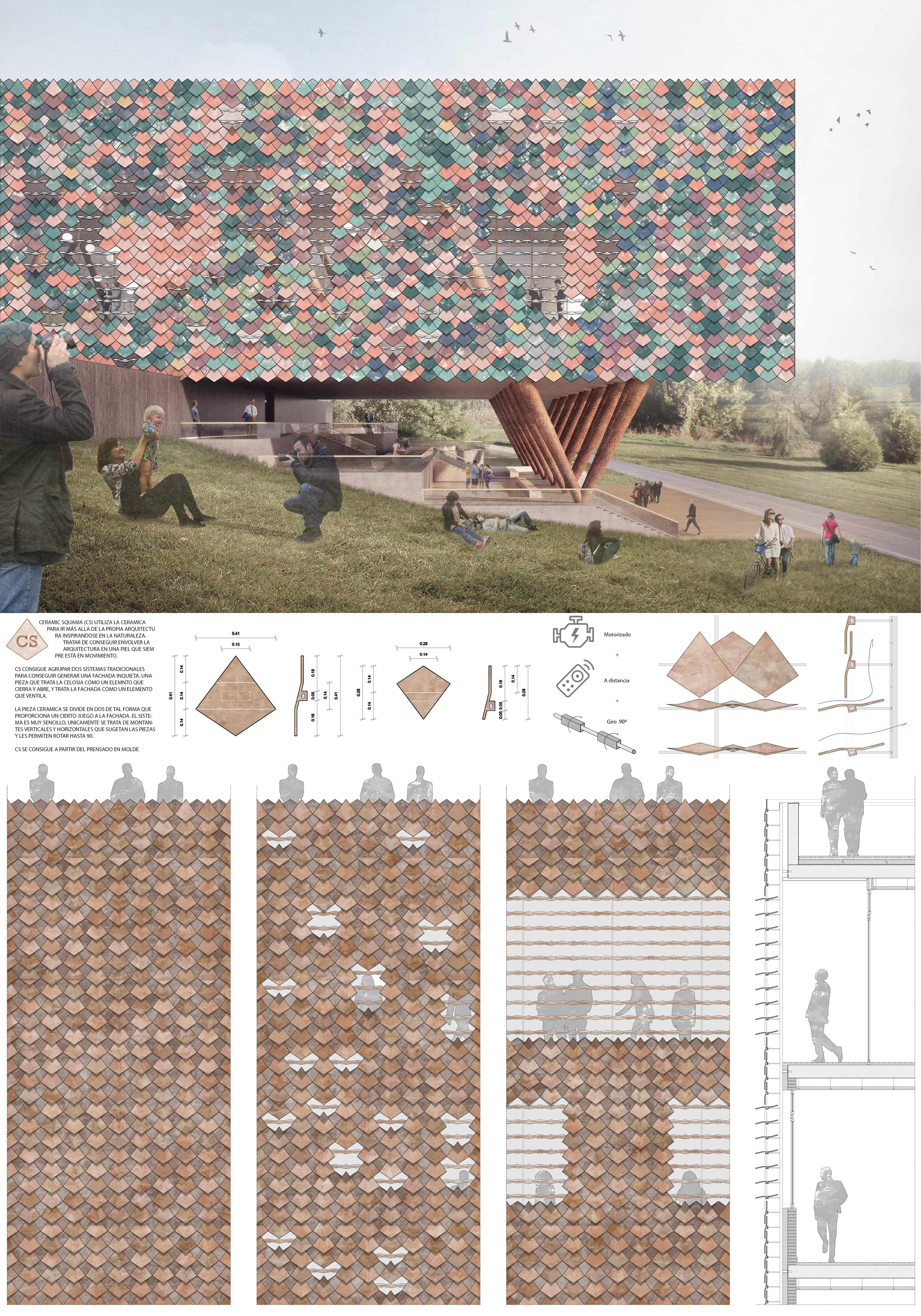 Ceramic Squama (CS) uses ceramics to go beyond architecture itself, taking inspiration from nature to try to wrap architecture in a skin that is always in motion.
It is also possible to group two traditional systems to generate a restless facade. A piece that treats the lattice as an element that opens and closes, and which, in turn, treats the façade as an element that ventilates.
The designed ceramic piece is divided into two formats in such a way that it provides a certain play on the facade. A construction system as simple as vertical and horizontal studs that hold the pieces and allow them to rotate 90 degrees.

Cevisama 19 (Special mention from the jury) 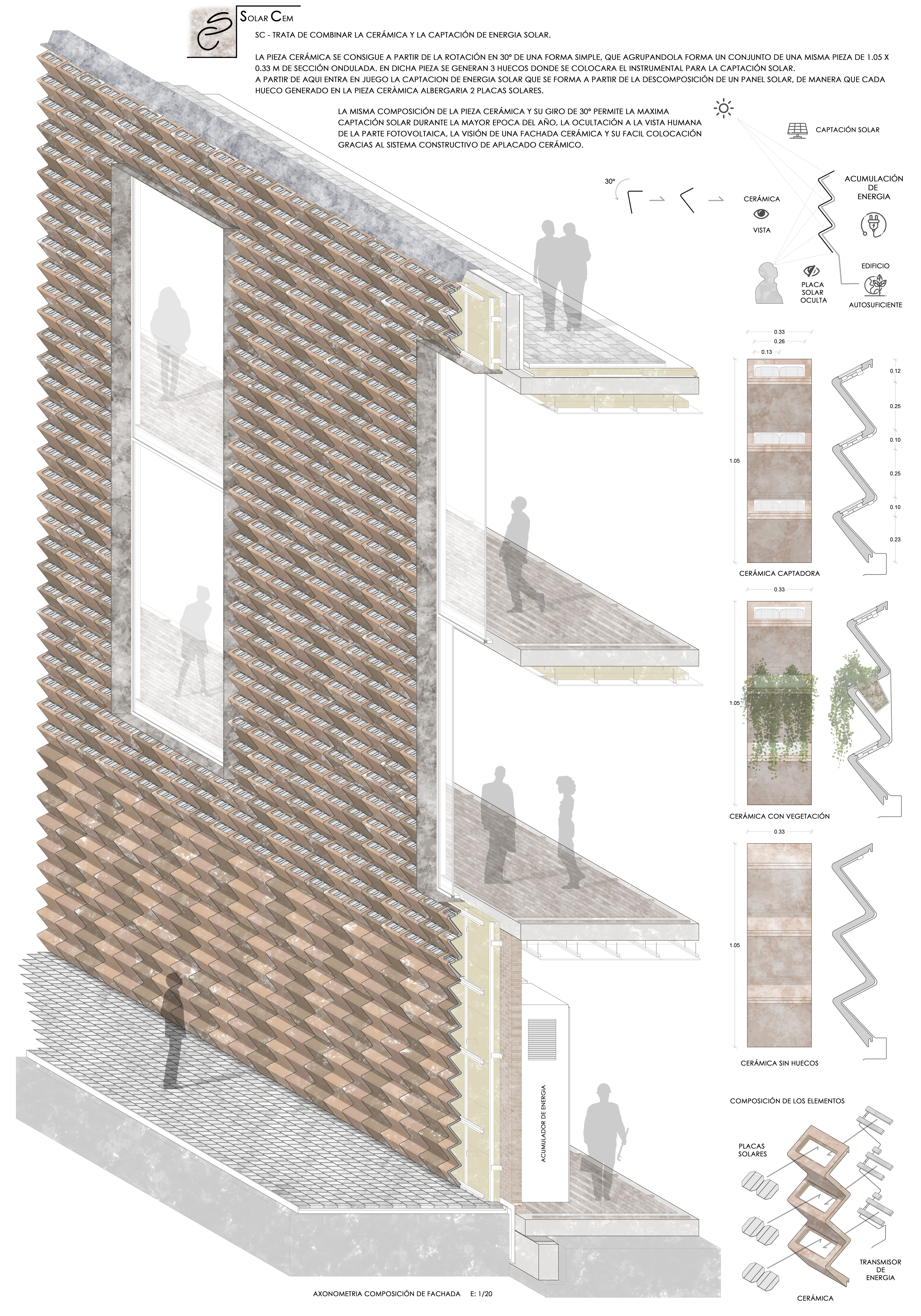 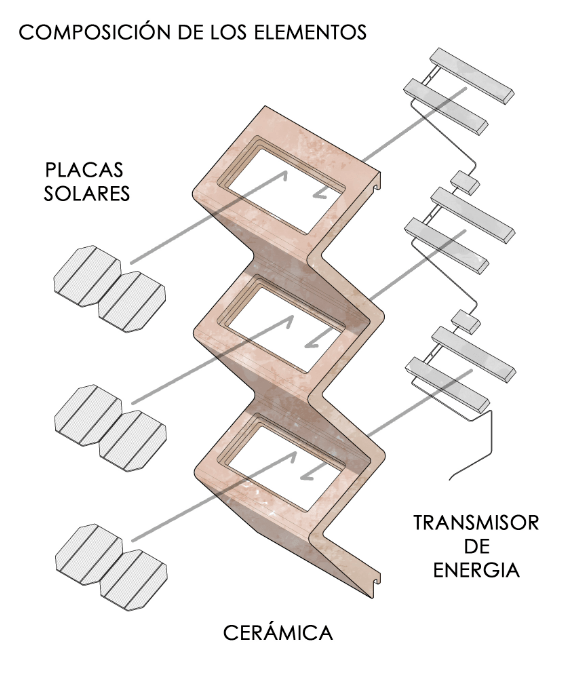 Solar Cem consists of the ceramic design for vertical walls as a facade finish that tries to combine ceramic and solar energy capture.
The designed piece is achieved by rotating it by 30 degrees in a simple way, which, when grouped together, forms a set of the same piece of 1.05 x 0.33 m with a wavy section. In this piece, 3 holes are generated where the instruments for solar collection would be placed, which is achieved by the decomposition of a solar panel. In this way, each hole in the piece would house 2 solar panels.
The same composition of the piece and its turn of 30 degrees facilitates maximum solar capture during the greatest time of the year, that the photovoltaic panel is hidden from human sight, the view from the outside of a ceramic facade and its easy construction thanks to the use of a traditional ceramic cladding system. 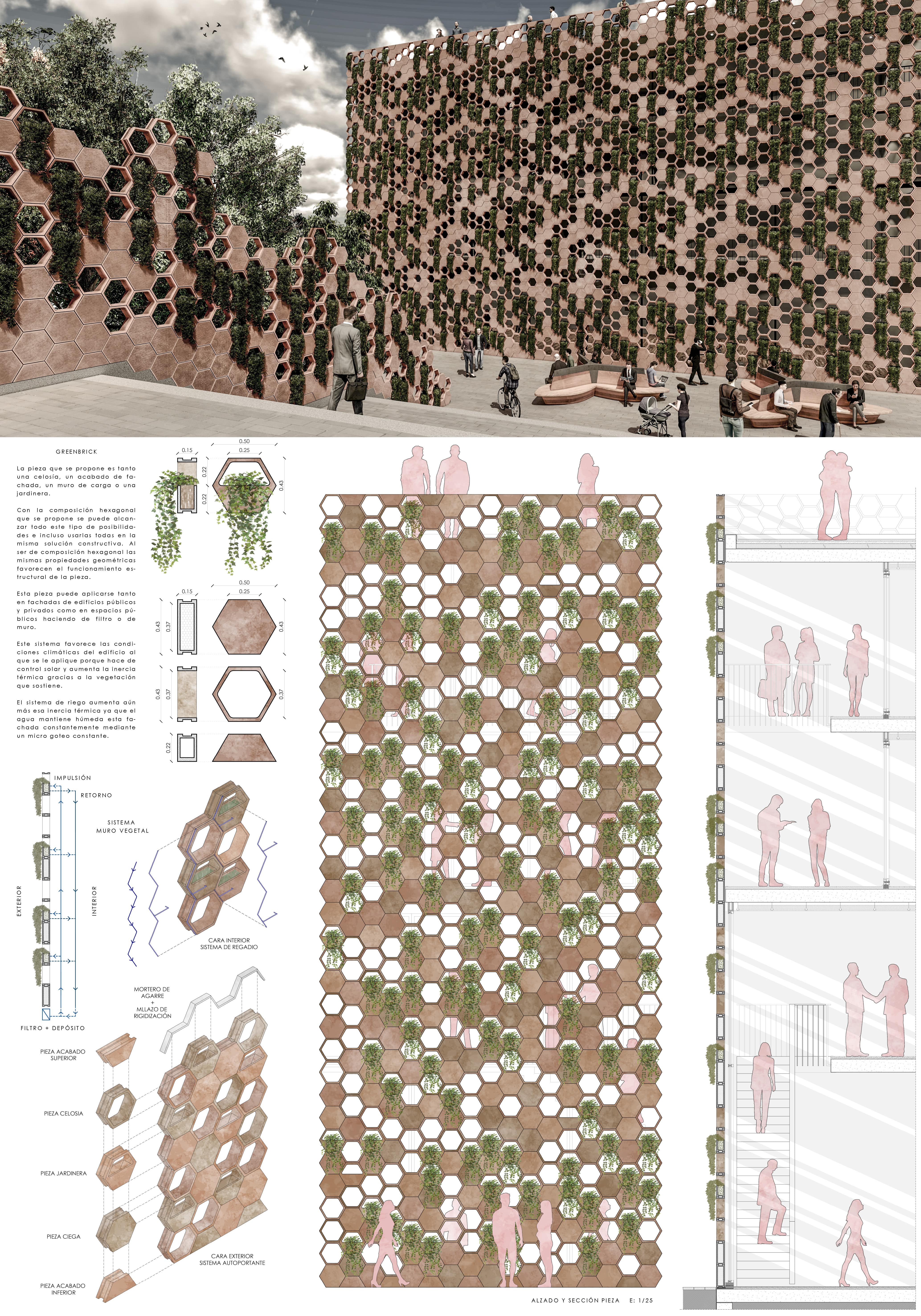 The piece that is proposed is both a lattice, a facade finish, a self-supporting wall and a planter.
With the proposed hexagonal composition, a range of possibilities can be reached and even used in the same construction solution. Being hexagonal in composition, the same geometric properties favor the structural functioning of the piece.
This ceramic piece was designed so that it could be applied to both public and private building facades. It could also be used as a dividing element between exterior spaces since both sides of the pieces share the same exterior finish.
The system favors the climatic conditions of the building to which it is applied since it works as a solar control and increases thermal inertia thanks to the vegetation it supports.

Request a budget for your project